Warm greetings to all readers to my edition of Youth work conducted in my country and hope you will enjoy.  I need to emphasise to you that this report is not only just about the story, but what you, the reader could take out from it. It is simply a story of hope and courage to young people. Sincere gratitude is forwarded to The Swaziland National Youth Council (SNYC) management and Staff for creating a conducive environment and an opportunity to work directly with young people and deliver a wide range of opportunities and programs that increase their participation, enable their personal and social development and increase their employment prospects.

In keeping with the spirit of giving with volunteers of Khanyisani Hope Center decided to host a Christmas party on the 22nd of December 2015. This party was also a noble way of giving back to the community through Khanyisani Hope centre, as about 22 children belonging to the members of Khanyisani support group were treated to a special Christmas lunch and were also hampered with Christmas gifts for each child. The ages of these children ranged from 6 to 15 years.  Some of the gifts came with the courtesy of the students from the Swaziland University of Nursing, Mbabane Campus who are in close partnership with Khanyisani Hope Centre.

Engaging young people on all issues affecting them and creating a conducive environment to interact with policy makers, helps the country to come up with relevant and vibrant policies that are easy to be majored though a need to ensure effective youth participation in both political and traditional leadership is vital.

Key issues that needs to be strengthened:

Gender norms associating with culture are a central factor affecting young people due to gender inequality. Most victims of gender inequality are young women in terms of sexual violence, domestic abuse and early marriages. 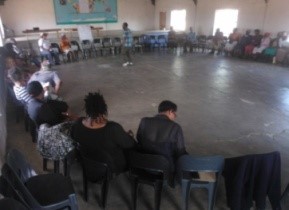 As a country we experience the effects of climate change on Agriculture in a number of ways, including through changes in average temperatures, rainfall and climate extreme. Noted are the changes in pests and diseases, changes in the quality of some of the foods which probably increase the risk of food insecurity. Young people appeal to Head of States to advocates globally that countries must stop emitting all pollution dangerous gases that destroy the ozone layer and all farmers must practise organic farming. Noted was the gap of Agric-business aspect that it’s not included in the current Youth policy.

The National Youth Council is facilitating the process of reviewing the youth policy.

The Country recently organised a National Youth dialogue on HIV Prevention to capture the voice of young people in HIV response on what best their needs towards ending AIDS by 2022 and subsequent development and implementation of tailored HIV prevention intervention for young people. It provided a platform for policy makers to interact with young people in order to influence the development of policies that address the unique needs of young people.

Sharing of information as key to quality of life, young people need information in almost everything that pertains their daily lives. Health talk’s sessions were conducted in collaboration with University of British Colombia (UBC) and local Health sectors, where issues relating to SRH were voiced out. The youth advocates for Sexual Reproductive Health and Rights to be included in high school curriculum. 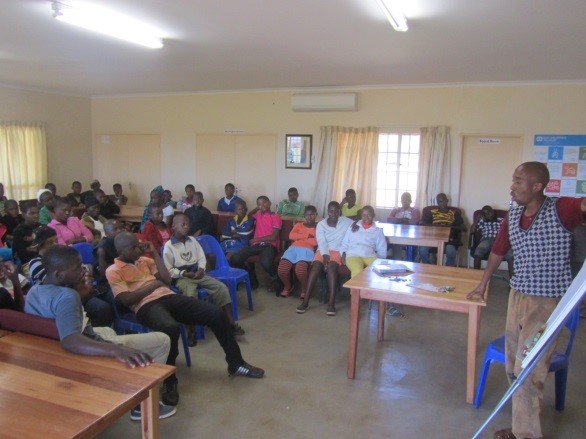 Mobilised and being part of the Facilitators

Community mobilization which empowers the community to organize an appropriate response to the problems generated as a result of HIV. Facilitation of community planned responses, evaluation, mobilization of resources and laying of strategies for reductions in stigma and discrimination. Together with Khanyisani Hope Center in close partnership with the Siphofaneni Clinic, Diabetes Swaziland, Swaziland National Network of People living with HIV(SWANNEPHA) and Swaziland AIDS Support Organisation(SASO) organized a forum with the aim of finding a solution towards the reviving of support groups in Siphofaneni. It is Khanyisani’s belief that support groups have a significant role they play in linking the community with the clinic. 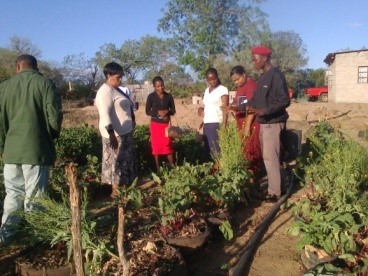 Being enrolled in the institution, I was elected the SRC President. The Board of Directors, Quality Assurance Board, SRC office and the Academic office had signed a Memorandum of Understanding with the University of Africa to be the core accreditation centre for Teaching Courses. Having signed the MoU, the University of Africa has offered scholarship for Teaching courses and Btech level courses. 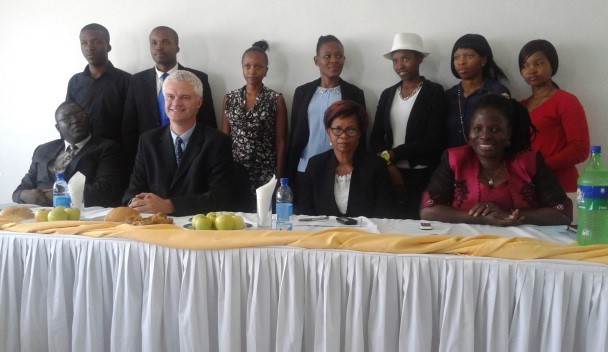 Health wise it is recommended that young people needs to exercise their bodies so that they can be strong,  active, full participate and concentrate in work or task given, thus opening a conducive environment where they can showcase their skills and know each other.