Dillon is 27 years old and hails from the island of Bequia, an island that is just 18 square kilometres, and one of 32 islands and cays in the country of St. Vincent and the Grenadines. Just a few months ago, he was awarded the Queen’s Young Leaders Award. Also, he recently attended the One Young World Summit in Canada and now serves as a One Young World Ambassador! Dillon is a cofounder of non-profit group called Rise Up Bequia, and he has also been doing work to bring awareness to climate change in his community not just through community projects but also through poetry.

Here is his story:

Q: How did you begin your journey as a youth leader/activist?

A: My work as a youth and social activist actually got started in response to major floods that took place in my country on Christmas Eve of 2013. The floods took place as a result of extensive rain that fell that day and it displaced persons from their homes. In response to the help that the victims of the flood needed, some friends and I decided to form Rise Up Bequia even though the area of damage was not on the island of Bequia but on the island of St. Vincent. We held a benefit concert and raised over $5,000.00 in funds for those among the victims that were students. We donated several barrels of supplies to the affected families and we also donated school supplies. We eventually turned the concert into an annual charity event and talent expo and we have also continued to give school supplies to school children in need. Rise Up Bequia has also collaborated with other youth and community organisations to contribute to the development of Bequia. 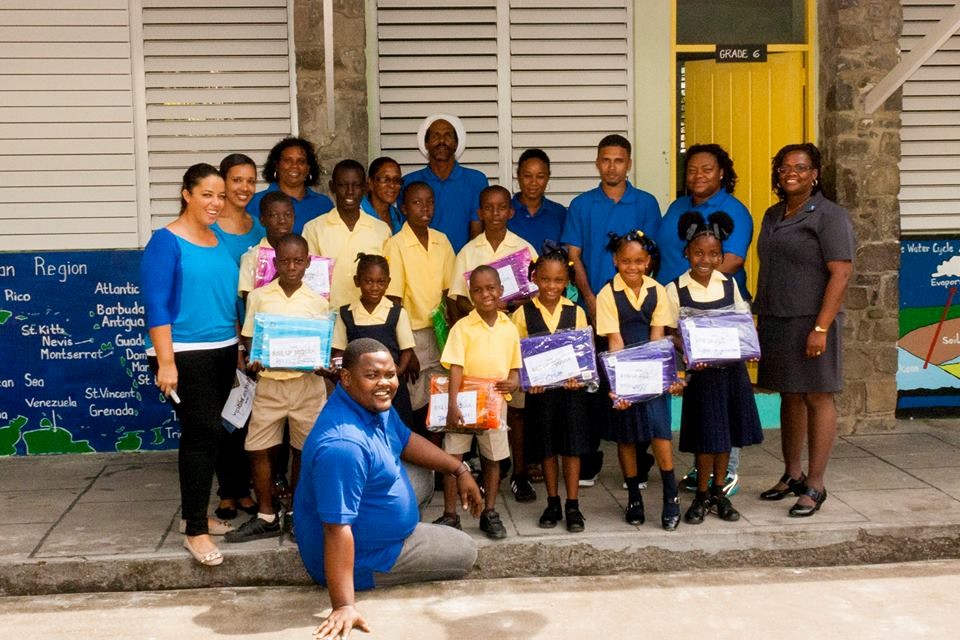 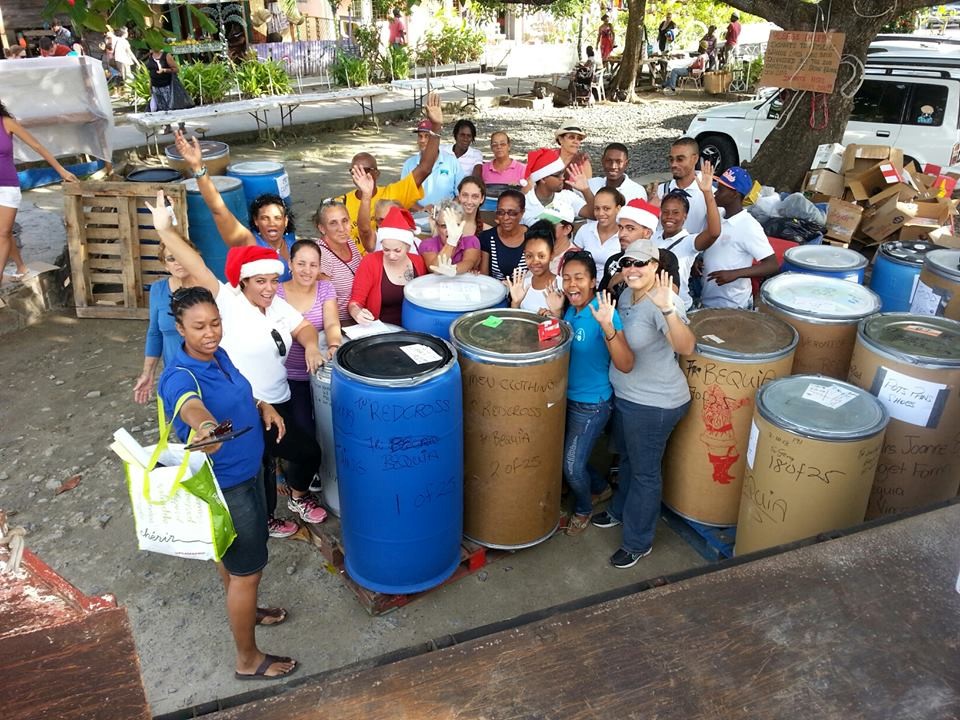 Q: How then did you make the transition to working in the area of Climate Change and Why?

A: Well the Pan American Development Foundation conducted a resilient livelihood programme that focused on empowering youth, risk reduction, emergency management, strengthening Bequia’s resilience for climate change, and identifying areas in Bequia that were at risk to coastal erosion. The programme helped me to use GPS Mapping identify areas and buildings that were more likely to be affected by coastal erosion.

I then had the experience of working with other participants to work on a coastal mitigation project, which was the culminating aspect of the programme. We worked in an area of Bequia called Lower Bay. The area had been heavily affected by storm surges and planted grass and palm trees in the area to help prevent erosion and to act as a shield to help reduce the effects of the storm surges.

We also participated in a sensitization project that helped to raise public awareness about climate change among the residents of Lower Bay and other parts of Bequia. It was then that I learnt how climate change was really affecting my country – the Christmas Eve floods were as a result of changing weather patterns and even parts of Bequia which were once used to farm and used as beachfront were now under water. I realised that little by little my beautiful island of Bequia was literally disappearing and that all the other islands in my country were just as at risk to Climate change as much as Bequia. Knowing that someday that some parts of my country could be underwater raised alot of concerns in my mind. Also, knowing that my country depended alot on Tourism, I became worried about how that sector would be affected if it losing its beaches and islands to the sea. I saw it only fitting for me to do something about this especially since it was the Christmas Eve floods, an event that was a result of climate change, got me involved in youth and community work in the first place.

Q: What then has been your response to your Climate Change concerns?

A: I am a poet and I have a love for poetry. Since learning so much about the effects of Climate Change, I decided to write the piece “I will be the change”, a spoken word on climate change. The aim of the piece was to help raise awareness about climate change and to encourage persons to help fight against it. A video was made for the piece and it was featured through several media channels. I also entered the piece in several international climate change competitions and more attention has been brought to the piece that way.  The video can be found here: https://www.youtube.com/watch?v=aF2OmMj6ak4

I am also in the process of forming another non profit but this time it will be focused specifically on climate change and disaster risk management. I have a strong feeling that young people need to be active in fighting climate change and helping to bring about awareness in St. Vincent and the Grenadines. I also feel that young people need to be more active in the hurricane season to help persons prepare for the increased possibility of damage as hurricanes are becoming more and more intense due to climate change.  The more people are aware of climate change and its effects only helps them to better fight against it and reduce those effects. Just the same, the more people know about disasters only helps them to better prepare and reduce possible damages. Through the group that I am helping to form I hope to bring awareness to Vincentian people and inspire young people to take the lead to fight climate change.

Q: If you were to leave a word of encouragement to young people who are interested in fighting climate change, what would that be?

A:  Climate change is serious! However, there is creativity and potential that exists in young people. Therefore they can develop the skills and knowledge to fight this global problem. Work together, collaborate and make climate change a priority and certainly things can improve. We cannot afford to let others go unconcerned as just like my home, there are many islands that may one day disappear and our children, grandchildren and great grand children may not have a place to call home. We need to be the change and fight climate change!